There’s an ongoing battle royale on which is the best World Cup 2014 official song and it became so viral since the two songs were released on YouTube. The FIFA World Cup 2014 begins on June 12, 2014 and is about to end on July 13, 2014 – a month of football battle between countries. The two songs are “We Are One (Ole Ola)” from Pitbull, Jennifer Lopez, and Claudia Leitte – which became now “The Official 2014 FIFA World Cup Song” and the other one was from Shakira ft. Carlinhos Brown entitled “La La La (Brazil 2014)“. The latter was not selected as the World Cup 2014 Official Song however more and more people were ranting why it was not selected. 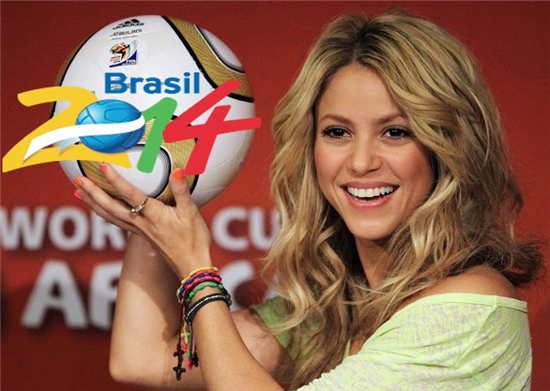 Actually, if you look and listen to both songs I am sure you will like them – well, I did. However, not all had the same impression about the songs. Not even the Brazilians were impressed. One of the reasons which you will see from the Tweets and even from the comments from each YouTube videos – the songs lacks passion, love, and meaning to the true spirit of FIFA. However, both songs were included in the official FIFA World Cup album entitled – “One Love, One Rhythm“.

Here are the two songs from the known and respected artists in the Music industry.

“We Are One (Ole Ola)” –  from Pitbull, Jennifer Lopez, and Claudia Leitte.

And “La La La (Brazil 2014)” from Shakira ft. Carlinhos Brown, which is the 16th entry song for FIFA World Cup album entitled – “One Love, One Rhythm”.

I remember Shakira’s Waka Waka (World Cup 2010 Official Song), it was popular but still not all people liked it especially Africans. However, this kind of nationalistic battle over the best FIFA world cup theme song have been there since 1962 with the first World Cup 2014 Official Song entitled “El Rock del Mundial” from Los Ramblers.

If you are to choose, which would you like to be the World Cup 2014 Official Song?

Next Post How To Setup IPEGA Remote Bluetooth Gamepad Controller