Mobile World Congress 2012 (MWC 2012) is just a few hours away from now and guess what Nokia’s going to show us – Nokia Lumia 610. Earlier this month we’ve been hearing that Nokia is creating some budget-type Windows Phone – a low cost and cheap Windows Phone. And it looks like that rumors were actually true and Nokia will be showing us their cheapest Windows Phone Nokia 610 Tango. It was said that Nokia 610 will not be only the most affordable Windows phone but will be the cheapest. This will probably impose a direct competition with other budget-type Android smartphones in the coming months. 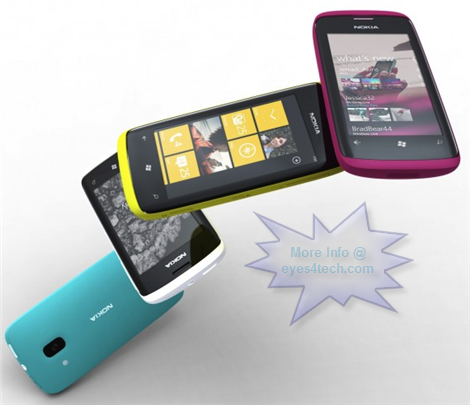 Nokia plans to target developing countries all over the world to sell their cheapest Windows phone and this will start with Nokia 610. With a plan like this from Nokia, it will surely divide the consumers in the mobile industry. A known fact: some people wanted to see new things, new gadgets, and grasp it with their own hands while some wanted to fill their cravings and wanted to be recognized for having something and be the first one to have it. And who knows, Nokia may have the best shot once they start shipping Nokia Lumia 610 all over the world – they will start with developing countries.  In the Philippines, Samsung Android smartphone line-up is quite popular.  And even we’re one of the aforementioned developing countries you’ll see people here do have Samsung’s finest like Samsung Galaxy S II and Samsung Galaxy Note – it’s simply because we love new gadgets.

We don’t have much details about Nokia Lumia 610 but a handful information will surely give you an idea on how powerful can this Windows Phone Tango would be – for an affordable phone.

First and foremost, Nokia Lumia 610 features the Windows Tango – the latest so far since Windows Apollo but it is still underway. This is now considered as Nokia’s entry-level smartphone. It sports a 3.2 inches touchscreen capacitive display which is fair enough for your swiping navigation – ‘hoping it’s AMOLED. And Nokia Lumia 610 carries a 3MP rear camera although I am not sure still if it sports  Carl Zeiss optics like the other Lumia line-ups.  Probably it will also feature a 256MB RAM since it is running under Windows Tango. The price according to the reports will be approximately Rs 11K or equivalent to $225 at least.

Other and full blown details will be unveiled tomorrow in Mobile World Congress 2012 at Barcelona, Spain.  Until then, we will also wait for further information and update you all.

Next Post HTC One X, HTC One S and HTC One V – Price, Specs and Release Date