Everyone’s getting excited for the most awaited annual Mobile World Congress (MWC) 2012 that will be held at Barcelona Spain. And along with my previous posts that will be there in said event, HTC also have something on their sleeves as they revealed to all of their flagship for MWC 2012 event. Introducing HTC’s smartphone line-up named – HTC One series. They have three smartphones in store for us, the HTC One X, HTC One S and lastly the HTC One V. And while these HTC One beasts will be around the aforementioned event, we were so lucky to received this information from Clove Technology that they are now ready for pre-orders.  This means that they are now sure of the smartphones’ availability on their online mobile shop but also the prices of these HTC One smartphones. 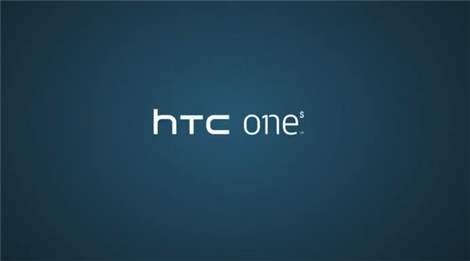 HTC One X, HTC One S and HTC One V – Price, Specs and Release Date

Clove Technology was the first one to provide us the details and pricing of each HTC One smartphones and of course the release dates.  And here are they sorted by your budget. 🙂

HTC One X will be available in two colors (white and grey) and will be released in UK on 05th of April. This 1.5GHz quad-core  Qualcomm’s new Snapdragon 4 dual-core (to support and be compatible with 4G LTE networks). It sports not only a powerful processor but also large screen with a size of 4.7 inches a resolution of 1280 x 720 pixels which will be suitable for your gaming, surfing the internet and watching your recorded or download videos.  The camera isn’t bad as well for such a powerful smartphone like HTC One X. This beast smartphone have two cameras, one 8MP in the rear and another 1.3MP in the front. And with the HTC One X software called HTC ImageSense, you’d be able to shoot and capture images in almost any conditions of your surroundings. The operating system as expected is the latest Android 4.0 Ice Cream Sandwich and along with it is the HTC’s custom skin called HTC Sense 4.0.  HTC One X also comes with 1GB RAM and 32GB internal storage, of which 26GB is accessible to store music, videos photos and other files. Of course, the audio is also powered by Beats Audio Technology so you can be sure that you will experience and enjoy the feeling of hearing your favorite and authentic audio collections.

HTC One S is considered as the mid-range smartphone from HTC One series. But it doesn’t necessarily means that everything have been downgraded on this version to the point that you don’t want to have this smartphone. Although HTC One S is not as powerful as HTC One X, it sports some special features that makes it more special from the rest of HTC One series. One noticeable feature of this mid-range HTC One smartphone will be the ability to shoot and record HD videos and capture or snap photos at the same time. All thanks to the first-of-its-kind Video Pic feature of HTC One S. And of course, the audio is still powered by Beats Audio Technology. It also sports an 8MP in the rear and another 1.3MP on the front, although the lighting is a little bit downgraded as compared with HTC One X still it can capture every moments. This one is also powered by a 1.5GHz dual-core processor Qualcomm chip with Android 4.0 Ice Cream Sandwich operating system. An internal memory of 16GB and a dimension of 130.9 x 65 x 7.95mm making it the thinnest HTC One smartphone.

HTC One S is not so bad for your personal use and if you are planning to buy one for yourself then be ready with your £375.00 (USD $714.31).  This smartphone will be available on the 05th of April.

HTC One V is also known and distinguished as the resurrection of HTC Legend with its design. Although this is considered as the “budget phone” from the HTC One series, again it doesn’t mean that you won’t be able to enjoy this smartphone.  This is one “budget phone” with an Android 4.0 Ice Cream Sandwich operating system with HTC Sense 4.0a running under 1GHz processor. HTC One V sports a 3.7 inches display screen a resolution of 400 x 800 pixels. It only have one 5MP rear camera which is still good for snapping images powered with HTC ImageSense. And the audio is still powered by Beats Audio Technology. It has a 512MB RAM, an internal storage of 4GB and an online storage from Dropbox of 25GB for your photos and personal files.

Next Post Samsung Galaxy Note 10.1 From Phablet To Tablet – Specs And Features