iPad mini and iPhone 5, will be released sometime in October. And it looks like that the rumors are getting stronger everyday about these two new Apple iDevices.  According to the latest reports from all known sources and publishers, although the date is still somehow a mystery to all but they were all looking that the release of iPad mini will be most likely happen on October. This will be the same rumored release month of the next iPhone iteration – iPhone 5.

Apple’s plans for a smaller version iPad is nothing new if you have been watching and tuning into the company’s activities. And of course the company needs to adjust also to what the general consumers’ needs and wants.  As time evolves, it is noticeable that most people wanted their things or belongings, whether it’s a gadget or not, to be handy, portable and yet powerful.  We’ve seen more and more devices shrinking and if you haven’t noticed it yet personal desktop computers are now being replaced by these so-called new smartphones and tablets.  The need for speed and being up-to-date with every information – that’s two of the main keys needed by modern people now. 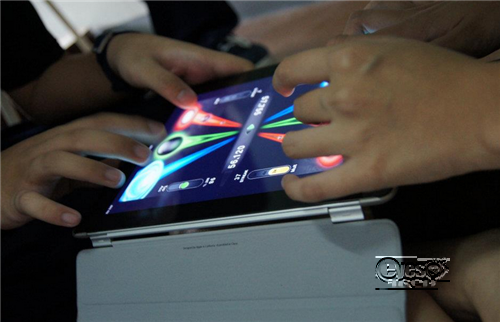 Since the release of the ever first generation of iPad back in 2010, the display screen size never changed from its original 9.7-inches (diagonally).  And reports from one of the suppliers of Apple’s in Asia says that they are now prepping for the next big and mass production of the next Apple tablets with smaller screen – a display screen that is smaller than the regular iPad (iPad 1/iPad 2/ the New iPad). The directive for the preparation of the next smaller tablets actually came from Apple but the sources declined to be named during the interview with The Wall Street Journal. Furthermore, the report says that Apple is now working with two of the known display screen makers – LG Display of South Korea and AU Optronics which is based in Taiwan.

Although, during the regime of Steve Jobs, he said that devices with smaller display screen will not be that enjoyable for viewing media-like application or movies. This is actually true if I may say so. But, this is business and a big company like Apple needs to continue developing new products that will suite the needs and likes of their general consumers. Of course, they need to be very careful with their next iPad Mini and iPhone 5 so as not to destroy their good reputation in the industry.

This is going to be a lot of fun, thinking that Microsoft Surface tablet release date is also near. Another battle between two giants.  Who do you think will win?