I have two important news for you Apple fans who have been waiting for the latest iOS 6 Beta 4 update.  The first one is  that the latest iOS 6 Beta 4 update has been recently released for developers. But it is expected to be publicly available sometime this coming fall along with the unveiling of the new iPhone – iPhone 5, maybe? Well, that’s my first one and somehow I consider it as a good news. But the next one is not and might not be favorable for other iOS users – YouTube app has been removed from the native app. So sooner or later once you updated your iOS don’t be surprised when you cannot see your old YouTube app anymore from your list of applications. 🙁 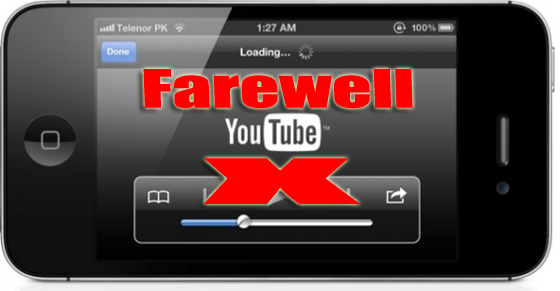 If you are not aware yet, YouTube app has been included as one of the native apps for iOS devices since 2007 and was first seen on iPod Touch devices. And I must admit that it is much easier to stream videos when there’s a dedicated app for it like YouTube.  However, this is something that is beyond our control. We can ask or request but it’s not up to us to decide, really.

Apple seeded the latest iOS 6 Beta 4 release for developers as build 10A5376e.  And from the looks of it, the latest build came out just after 3 weeks when its predecessor came out namely as 10A5355d.

So what’s new with the latest build release aside from YouTube being removed from the original native apps?  According to the reports from MacRumors, a reputable source of Apple news, there had been some major changes from the latest build and here are some of them.

Major Changes That Is Expected from Apple iOS 6 Beta 4

1. There’s a new button found in the bottom part of the welcome page of Passbook app – App Store. The button isn’t enabled yet but it is said that it might be a dedicated button to collate all Passbook related app in the next release. This will make it easier for users to find relevant apps for Passbook;

2. Brightness issue on Passbook has been fixed. When launching the Passbook app, it now forces the device to maximize the brightness for optimal barcode scanning;

There’s an added feature under the Privacy settings called Bluetooth Sharing which will enable the user to monitor and control whom to allow or which devices can only share data via Bluetooth.

So far these are the major changes with the latest iOS 6 Beta 4 update developers copy. And as for the YouTube app, well the only way you could access it now is through the Safari mobile browser which is said to be snappier than before.  The actual reason behind the removal of YouTube app from the native apps is simply because of their license. According to Apple their license to include YouTube app in iOS has ended. But do not despair because it was also said that Google is now working on a new YouTube app that will soon be available on the App Store.  ~ [Source: MacRumors Apple iOS 6 Beta 4]

Next Post Watch Out! Samsung Galaxy S III In Black To Be Released