If you haven’t downloaded yet the BETA release of Blizzard Entertainment Diablo III, then it’s not too late for you to do it NOW! We’re just a few days away before the official release of the third iteration of Diablo role-playing game (RPG). And before that official release date, Blizzard Entertainment gave this small chance to all players who wanted to take a peak and try the latest Diablo III. The window was opened to all game players and started this Friday (April 20 at 12.01am PDT) and will last until April 23 10.00am PDT. 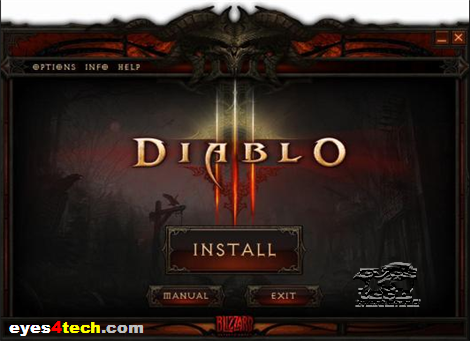 Feeling excited? However, there’s one thing that I must remind you before you can download this game. You should have a valid Battle.net account in order for you to login and proceed to download the BETA release of Diablo III. So if you still don’t have one, don’t be despair because you can still create your own account from Battle.net.  After that you can start to download and install the Diablo III client application.  Game players can immediately play and test the BETA release and even team up with your friends, use each of the 5 heroic available classes up to Level 13.

The Diablo III BETA release was offered to all of the game players to help Blizzard Entertainment with their stress test of the game and the servers.

Here’s one of the Diablo III video clip released last year if you wanted to take a quick view on how cool is this new game. Of course, there might be some changes to the official release.

By the way, just in case you encountered problems loading the new Diablo III RPG game on your computer you should check out first this supported and unsupported graphics cards for Diablo 3 list.

The official Diablo III RPG game will be released on the 15th of May 2012, but you can now buy and pre-order Diablo III Standard Edition from Amazon for $59.99.