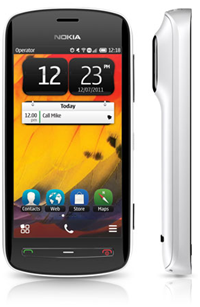 Are you a photo blogger, hobbyist, or scouting for the best digital camera or even a DLSR (Digital Single-Lens Reflex) camera with the best and highest resolution? Then I think you might want to consider checking Finnish’ latest smartphone innovation – Nokia 808 PureView. Nokia sure does have something under their sleeves when they showed this off during the recent Mobile World Congress (MWC) 2012 at Barcelona, Spain.  You want to know why is this Nokia 808 PureView can bring so much joy into your photo life experience?  It packs a 41MP (megapixels) resolution which is five times higher than those latest and typical high-end smartphones out in the market right now. And not only that. Of course having a high resolution camera like that won’t really serve its purpose without a high-end optic lens. They also developed their Carl Zeiss optics to match the performance of their powerful high resolution camera of Nokia 808 PureView.  In order for people to obtain high resolution photos, they developed the optics to be ten times greater or higher than a typical SLR lenses. This is really incredible and the resolution Nokia 808 PureView is even higher with the not yet released  Canon EOS 1D-X which will sport only an 18MP resolution.  Unfortunately, Nokia admits that they can’t add an optical zoom with this high resolution camera smartphone.  Damian Dinning of Nokia says that it will be really hard for a high performance optical zoom in a device that fits in your pocket. 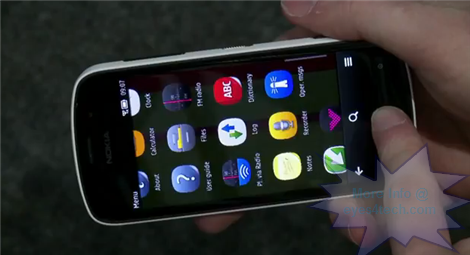 Nokia 808 PureView comes in three colors – White, Red, and Black. It has a dimension of 123.9mm x 60.2mm x 13.9mm (17.95mm at camera part) and weighs 169g. It has a 16GB internal memory and can support up to 48GB external microSD where you can store all of these high resolution photos or images taken from the smartphone’s camera.

The screen-size is a 4 inches capacitive touch screen ClearBlack display made from Corning® Gorilla® Glass. The display itself have a resolution ratio of 16:9 nHD (640 x 360 pixels) AMOLED and 16.7 million colours. Nokia 808 PureView supports GPRS/EDGE network frequencies; HSDPA Cat10 which has a maximum speed up to 14.4Mbps and HSUPA Cat6 which has a speed that can reach up to 5.76 Mbps.  This smartphone can also be used and serve as a data modem. Bluetooth connection? Yes, this smartphone also sports Bluetooth 3.0 and a high-speed USB 2.0.

Check out also the accessories available for Nokia 808 PureView below, you can even mount this high resolution camera smartphone with Nokia Tripod Mount HH-23. And of course to protect your smartphone from dents, you can also get Nokia Hard Cover CC-3046.

Also you can check out the interview with Damian Dinning, one of Nokia’s Chief Camera experts entailing the best of Nokia 808 PureView.