“Flexibility” – I think this will be the next big thing that will be used by most of the leading mobile phones in 2012 – possibly. Since Samsung recently announced that they will be introducing their own version of flexible display screen and this is to probably compete with Nokia’s kinetic display concept launched last week in their Nokia World 2011. Yes, our next phones might and will get more flexible in the coming years and this means a more durable and unbreakable mobile phones (well, at least almost). Actually, the flexible display is not new to Samsung as they already showed-off this technology back in January – Digital Experience 2011 in the recent CES Pepcom Event. This is where they first introduced this flexible film prototype plastic display or also known as flexible OLED (organic light emitting diode) display. Here are some of the screen shots from the Pepcom event. 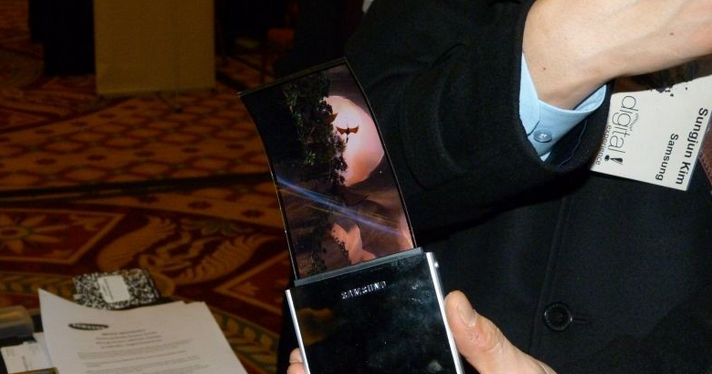 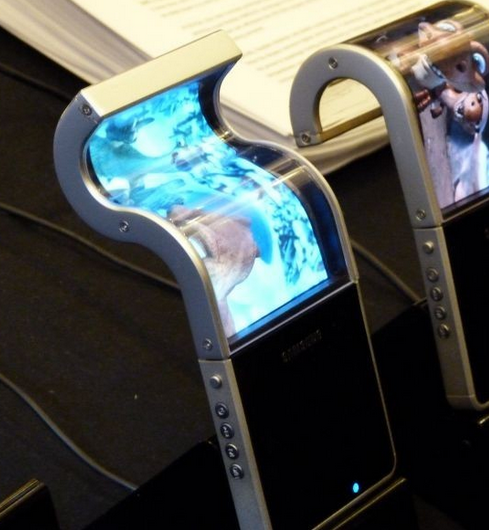 Unlike Nokia, Samsung only showcased their thin-film-like displays during the event and it really looks amazing and promising. Imagine yourself watching videos or browsing over your photos from a super-thin layered display as if you’re watching a Harry Potter movie where the photos from the frames were actually moving.

The decision for this move was made after the success of Samsung Galaxy S II’s revenue, actually continued success if I may say so.  According to Robert Yi, Samsung’s VP and Head of Investors Relations, he is looking forward for the launching of their flexible display in 2012 and it will be first integrated on their mobile phones followed by other Samsung devices such as tablets.  The new display will be using a technology that has special material within that enables each pixels to generate light – flexible OLED.

Well, I am not really surprised if this will be the new direction and concept of companies like Nokia and Samsung.  I mean, they have to be innovative and should think of new cool things that is beneficial to all end-users or they’d lose the competition.  And I don’t think Samsung have any plans of backing out – they’ll just head forward.