We’ve already heard about Android ICS’ Facial recognition, also the iPhone 4S iOS 5’s voice recognition through Siri and Kinect for Xbox video game console. But how about this? A Micorsoft Windows 8 with Kinect-enabled laptops from ASUS, I guess not. This  report came from The Daily last Friday entailing the next plan of Microsoft targeting to integrate the company’s famous and successful Kinect into portable computers – laptops.  According to the The Daily, they had the chance (one big exclusive chance, I should say) to see the two prototypes where the Microsoft’s Kinect technology is being integrated along with the camera panel making a Microsoft Windows 8 Kinect-enabled laptops. And one of the two prototypes looks like ASUS, according to the report. 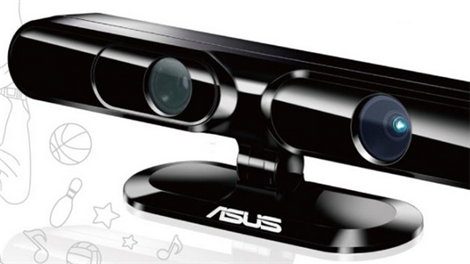 Report says that the prototype which looks like an ASUS laptop running under Microsoft Windows 8 is being integrated with a series of sensors where you would normally see the camera and below the display are LEDs.

If you have something like this on your notebook or laptop, imagine yourself doing hand gestures or waving to switch from one application into another.  Also you can do some stuffs without actually touching your keyboard or touchpad. We all know that Kinect is one of the most amazing addon device when you have an XBox Live. Where you can play games without the controllers, it’s just you and the game. You can move freely when playing a certain game.  Possibly, if you have a Microsoft Windows 8 with kinect-enabled features – I think this will be another best seller notebooks in the market.