Mountain View, CALIFORNIA – Google, one of the known and popular search engines along with the company’s other Internet services had been blocked again from China. The data came out from Google where they’ve noticed that the company’s services became inaccessible in China at around 5:00 PM (Beijing time) last Friday (09th of November). The question remains unanswered as why Google blocked in China considering that the two already had discussions and agreement on how the company’s search engine is going to serve the aforementioned country? These all happened in the middle of an important political decision from each Chinese citizen from trying to get more information about the candidates who wanted to position themselves in the government. This is not the first time that Google and the People’s Republic of China government had issues with Google’s services – but this action by the Chinese government is seen by most analysts as a political move so as not to influence the people’s decision or bet. 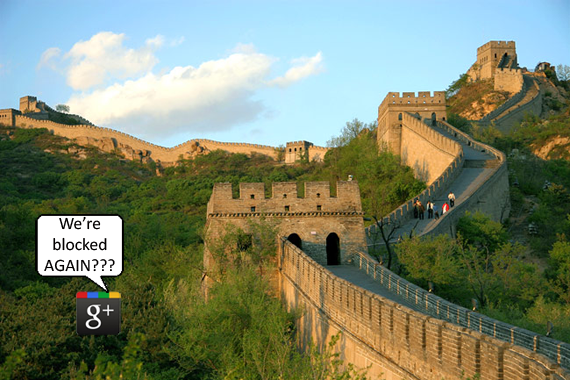 Mashable’s article contributor, Jolie O’Dell said that even after China’s hack attack against the search engine giant, the company remained calmed and continued with the negotiations. The hack attack against Google was reportedly all coming from China last January 2010. And on late March 2010, Google redirected all searches from google.cn to google.com.hk – wherein not all Chinese laws were applicable and this includes censorship. It was all due to China’s censorship that started the cyber-issues between this Internet search engine giant and China.

Some, if not most of the Google services are still blocked in China such as the following:

All of the mentioned Internet services and many other websites were blocked mainly due to China’s Internet censorship laws.  A country like China with a population of more than 1 billion as of 2011 will surely be affected by the country’s Internet censorship. Or I could be wrong since China have their own search engine called Baidu – a direct competitor or Google. Still, Google is the most organized and maintained search engine there is over the Internet and it will be such a waste if each user won’t be able to enjoy to use it.

If you are about to travel or planning on going to China and you still wanted to access your Google accounts, I suggest that you find a working and stable VPN or proxies to access Google – this is the only alternative you have.

Will this be the end of Google services in China? Or the “Google blocked in China” issue is something that can still be negotiated in the future? Let’s all hope for the best. But if it is really needed, there’s a workaround to access Google, Facebook, and others alike from China. You may need a stable and fast VPN which we’ve documented here.