Yes folks, it has been almost 3 quarters now since the birth of Samsung Galaxy S III and now there are reports that the next Samsung Galaxy S IV will be revealed on the next Mobile World Congress that is scheduled to take place on February 2013.  The new Galaxy S smartphone will be sporting a 5-inch screen display and we will be seeing a new design of this new smartphone except for the fact that Samsung will still retain the shape and rounded corners of the phone.  There’s nothing concrete yet for the detailed specifications but the company already released their timetable days after the latest flagship of one of the greatest rival of Samsung, Apple, revealed the new iPhone 5. 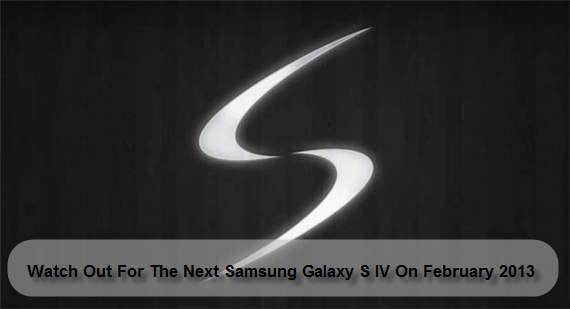 Besides the 5-inch screen display, local suppliers of Samsung revealed that the next Samsung Galaxy S IV will be compatible with long-term evolution (LTE) networks. It will also be utilizing Exynos application processor running on a quad-core chips.  These are just some of the specifications we have gathered so far but it is expected that the next flagship smartphone that will be included in the Galaxy S family will be more powerful than its predecessors.

However, Samsung neither denied or confirmed the rumor or report so what we can do now is wait for further reports.

And Samsung denies it.. 🙂

Translating the message from Samsung below from Twitter (using Google Translate).

Please note that some media reported speculation that the Galaxy S Ⅲ subsequent models will be released “in a simple rumor is not true. Fixed’m not doing anything, why spread these rumors? ㅜ ㅜ 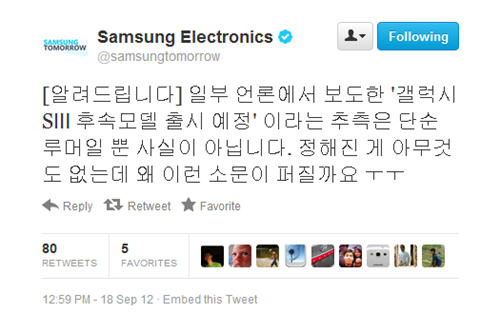