Just before the end of January, I posted an article about the announcement made by Samsung where they will be launching their ever first commercial featuring their Samsung Galaxy Note on the big event this coming Sunday – Super Bowl XLVI 2012.  No one knew or either any slightest idea on what to expect on their ad which will be shown on the 4th quarter of the game – but they said that it will be the longest.  Probably it will be longer than the regular advertisements that you usually see in the game – 90sec maybe?  But there’s one thing here that is for sure, they intend to surprise everyone in the Super Bowl game with their featured flagship phablet smartphone  – the Samsung Galaxy Note.  And before that day arrives, Samsung launched their Super bowl teaser ad and in addition to that is again mocking the iPhone 4S.  Check out the video below uploaded by Samsung Mobile US on their YouTube channel. 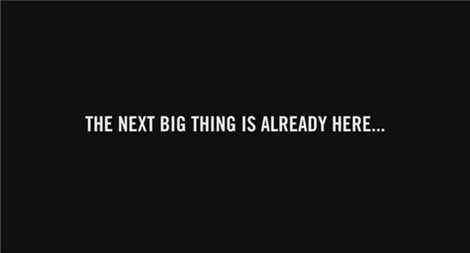 If you haven’t seen those mocking ads from Samsung towards Apple’s iPhone 4S before then this teasing ad video is actually a collective of those videos (well some of those videos only). And those videos along with this new one were the clips when Samsung was featuring their Samsung Galaxy S II, which happens to be the only smartphone in the mobile industry that can go head to head with iPhone series.  The only change that you’ll notice is when you almost reach the end of the clip where it will flash a message saying “THE NEXT BIG THING IS ALREADY HERE… AGAIN. 02.05.12”.  This video indeed marks and pertains to the big game on Sunday which happens to be the official date of the 46th Super Bowl event that will be held in Lucas Oil Stadium in Downtown Indianapolis, Indiana.  Although this phablet was already out late last year and many people have already seen it what they are after now is how this first ever commercial will go and how it is going to affect all of those in the stadium.

Until then, let’s wait for Samsung’s further update before the big day.

Check this out! Shop Amazon Sports – Gear Up for the Super Bowl