Sony Xperia S is the latest phone that is introduced by Sony after it had parted ways with Ericsson from their partnership. Since the coming of android, the market is flooded with a plethora of smartphones that not only offer you good looks but they are also a great value for money. The Xperia brand of phones cannot be called as the economical phones but these are definitely the best in its class. Read on to have hands on review of the Sony Xperia S. 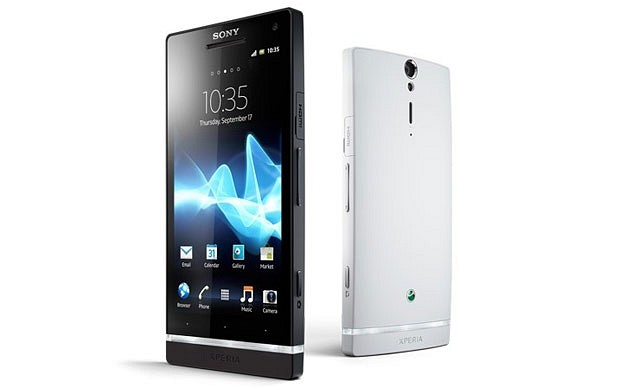 The Screen of the Sony Xperia S is 4.3 inch in length and is equipped with the proprietary Sony BRAVIA Engine. The resolution of the screen is 720X1280 which results in a 720p screen that is capable of rendering HD videos. The device has 342 ppi pixel density with is greater than iPhone 4s (326). The TFT LCD screen is very competitive as compared to the some of the AMOLED or Super LCD screens which are offered some other phones in the market. The screen’s output is compared by many to iPhone 4S’s.

The camera has always been the main USP of the Sony phones. The Xperia S has a 12 MP camera that is capable of shooting 1080p videos which can get downgraded to the normal quality when you connect your phone to your laptop or Television. The company has been in the camera business for a long time and understands the needs and requirements of its customers. The camera really excels in taking the macro shots without any significant loss in details. There are a number of camera controls which are offered by the phone. You can even adjust the position of four most frequently used controls on the main viewfinder screen so that you can have a quicker access to them. There is a secondary camera of 1.3 MP for video calling and chatting. Some of the features which are offered by the camera include Geo Tagging, Touch Focus, Face and Smile Detection, 3D Sweep Panorama and much more.

Some of the other features which are offered by the phone include built in NFC capability that would transform your Xperia S into a debit card or as a travel pass. You can share your screen and internet with your laptop and other devices. There is an innovative feature of Tags which is provided by the company. These tags are user programmable and are designed to make some of your tasks easier.

The Sony Xperia S is an ultimate source of games, music and movies. The phone is powered by Android 2.3 which is the low down as it is not supporting the Android ICS. Google Play is the second major app store that is available on the phone. Sony is offering its entire range of entertainment options with PlayStation certification, Music Unlimited and Video Unlimited. Music Unlimited service is the subscription based service that is very much similar to Spotify. Video Unlimited service is another exciting service that is similar to Netflix but is based on the revenue model of iTunes.

The overall performance of the phone can be rated as excellent. We are little disappointed due to non-inclusion of Android ICS but the 1.5 GHz dual core processor and 1 GB RAM is more than enough to turn the tables on its head. The battery life is also fine and we need to charge the battery once a day. There is an inbuilt memory of 32 GB and there is no microSD card slot. The microSIM is another pain in the a** which you have to deal with.

Overall the Xperia S is for its looks, camera, video and audio quality. I would recommend this phone to every hardcore Sony fan (myself) that has used the products and services of the company. The phone has a lot to offer if you don’t have an issue with the Gingerbread or with the generation old processor. The phone has a great display, beautiful design and excellent battery life.

You can check Sony Xperia S Specifications from Sony.

Next Post 10 Tricks In Applying PPC On Your Site