Are you sure you have already met all Samsung Galaxy’s members of the family? Well, think again as you might have not seen their 2 new members. The fist one is the Samsung Galaxy R Tegra 2 smartphone and the other which I would like to share with you is their Samsung X-Treme edition Samsung Galaxy XCover smartphone. This is one extreme phone that I would want to land straight to my hands once Samsung starts shipping them. Samsung Galaxy XCover smartphone is said to be the world’s first IP67 certified smartphone (Actually this is not true because the first one and holds the title of first IP67 is Motorola Defy) . For those who are not familiar with the IP67, IP stands for “Ingress Protection” and the numbers 6 and 7 are the first and second numeral which stands for certain levels. The first numeral stands level of protection that the enclosure provides against access to hazardous parts – in short SOLID particles; While the second numeral stands for the level of protection of the device or equipment inside the enclosure against liquid particles or harmful ingress of water. 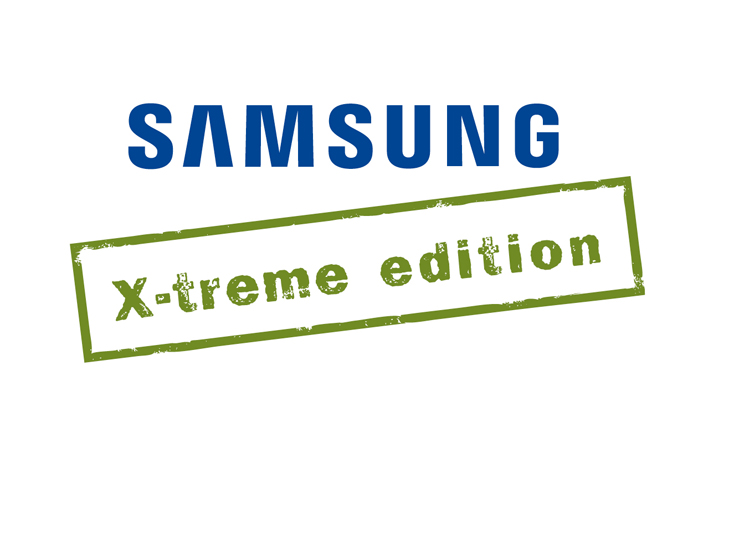 Samsung Galaxy XCover smartphone will be sporting not only this IP67 certification but it can also stay submerged under a one-meter deep of water for half an hour, with a touch-screen display that stretches up to 9.27 inches, measured diagonally and take note of this – it is made of scratch-resistant tempered glass. However, if you’re into picture or image resolution then I am not really sure if this phone is for you because it only uses a 3.2-megapixel camera supported by a LED light.

This phone will also run under Google Android and to be more specific it will sport Android 2.3 Gingerbread and one more thing that Samsung says about this new phone will provide wireless connectivity for N-Standard and HSDPA  with a transfer rate of up to 7.2 Mbit/s.

According to Samsung, their latest X-Treme edition Samsung Galaxy XCover will be available sometime in October however this will be on Germany first and there were no press releases from the company if this will also be distributed and shipped outside the said country.  Also the price has not been divulged by Samsung but as soon as we have further information about this “durable” smartphone, I’ll be updating this post with it’s price and other features.  Here’s one more look into Samsung Galaxy XCover smartphone.