Last week, at about five days before the most awaited game of the year – Super Bowl XLVI (46) 2012 – I posted and shared with you all the plan of Samsung Mobile USA to put up a commercial that they will feature on the last quarter of the aforementioned game.  This commercial will be all about their Samsung Galaxy Note.  And today, Samsung Mobile USA shared this commercial to all of their Facebook followers and I really find it a little bit hilarious.  Although the commercial itself is not something new to me because I have seen almost all of their teaser ads or commercials mocking Apple iPhone products with their Samsung Galaxy S II – pretty much this new Samsung Galaxy Note commercial is almost the same but with a little twist. 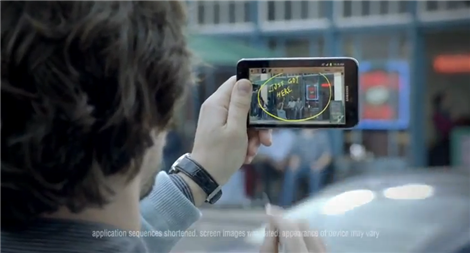 One of the most common thing that almost everyone noticed is that it seems that Samsung’s selling point for their Samsung Galaxy Note is its S-Pen. Why not, that is the reason why it is also called a phablet, right?  A phone + tablet all-in-one.

Next Post Samsung Galaxy S III: Launching On May – Slim And Faster