Yesterday, we shared to all of you Samsung Galaxy S III’s little brother – Samsung Galaxy S III mini – a down-sized version of the former. There were speculations that this is just another wild-fire rumor but at the end of the day, it was not at all. Samsung announced a couple of hours ago that it is official that they will be releasing the new dual-core, 4-inch Samsung Galaxy S III mini. Although there had been no official statement from the company regarding the release dates, SamMobile says that the new handset will be available starting the first week of November – next month.  Since many of the Samsung followers and even Android lovers were so excited, some online retailers are now offering pre-orders of Samsung Galaxy S III mini. And of them, my regular tipster, was so kind enough to inform me that they are now open for pre-orders – Clove Technology. 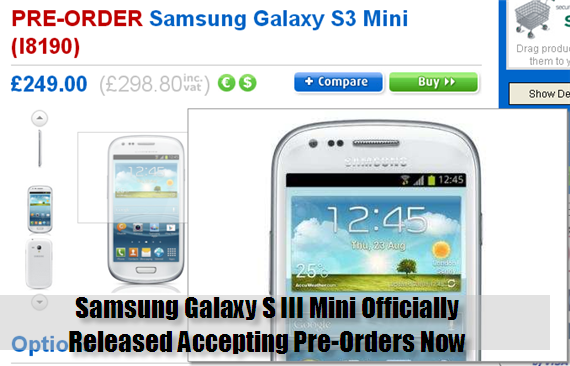