Are you looking for Pinoy Henyo for iPad devices?

Finally, the famous Pinoy Henyo game popularized by Eat Bulaga Pinoy Henyo is now available for iPad and/or iPad 2. The Apple game app is called iHenyo by MobileMinds, Inc – Pinoy Henyo for iPad devices. I am pretty sure that those users and readers of my previous posts about Pinoy Henyo will be happy knowing that such game app now exist for their iDevices. The same game rule applies wherein there should be at least two players (others can have teams composed of more than two) to guess a word that will be displayed in the screen. Remember that there should be only one guessing the word and that is the one who’s holding the device. But of course you can modify the game rules. 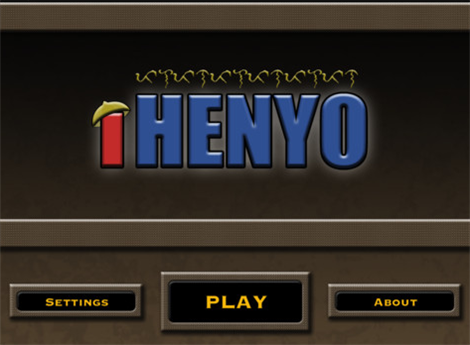 Pinoy Henyo for iPad and iPad 2 named iHenyo is no longer available in iTunes. Check out the new iOS version of Pinoy Henyo for iPad just in time for Christmas. Download Party Flippo’ Team-up Word Guessing Game For iPhone, iPod Touch, iPad. There’s also a new player in town called “Who Am I ???“, another Pinoy Henyo iOS game application.

The game iHenyo Pinoy Henyo for iPad was just released recently in iTunes with a size of 1.3MB and with a current rating of 4+ which means there are already users whom downloaded this. It requires that your device should have at least iOS 3.2 otherwise it will not work. For almost 2 months after the game Pinoy Henyo game app was released in the Android Market, the search term “Pinoy Henyo for iPad“, or iPad 2 were so frequent on my record. This means that they want to play this game and wanted to install this on their iPad device. I haven’t tried it yet and I was only told by a colleague here in our office that they have tried it on their iPad 2 (man, I wonder how her wife can steadily hold the iPad 2 on her forehead while guessing the word -must have been hard for her).

I will update this post after she gave me the screenshots and review it myself. Until then, below is the download link of iHenyo – The Pinoy Henyo for iPad or iPad 2!

Download iHenyo – Pinoy Henyo for iPad and/or iPad 2 . The application I featured, iHenyo is no longer available in iTunes. But you can try the other applications I have mentioned above. But if you have an Android device and you wanted you can download Pinoy Henyo for Android.

Previous Post Are You Looking For Pinoy Henyo App For iPhone and iPad?