It’s not too late for my fellow Pinoys who still wanted to get their own cheaper open line iPhone in the Philippines.  Because this year, Apple is re-launching iPhone 3GS with more value added here in the Philippines.  The once popular Apple iPhone 3GS is now available with 12 months Apple warranty seed stock replacement and NTC type approved. And what’s more, the new Apple mobile will be offered to all tech consumers who are scouting for an open line iPhone 3GS.  Apple iPhone 3GS is one of the iPhone iterations which became popular before iPhone 4 and iPhone 4S was released and all thanks to Steve Jobs’ brilliant ideas.  Although most of us Pinoys in general I know will prefer either iPhone 4, iPhone 4S or the coming new iPhone 5. 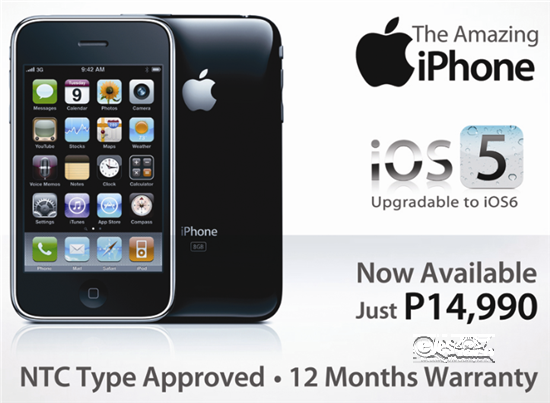 Virtual Numbers for Perfect World: What Are the Benefits?

The open line iPhone 3GS will be sold at a price of Php14,990.00. So if you want to buy and get your own iPhone 3GS, you may go to the nearest Apple retailers in your area now.  Apple iPhone 3GS is the most affordable iPhone that was made in 2012, now loaded with iOS 5  and with over 650,000 applications available from Apple iTunes. Another good news is that this open line iPhone 3GS will also sport the latest iOS6 sometime in the last quarter this year (Q4).