It seems like that the rumors about the next Samsung Galaxy S smartphone were actually true. A few hours ago Samsung Galaxy S III has been officially unveiled from the Samsung Mobile Unpacked 2012 event held at Earl’s Court, London. This new beast from Samsung was the main highlight of the event, a new smartphone inspired by nature that comes in two colors for you to choose from – marble white or pebble blue. Looking on the features of this new phone will surely make you want to buy the new Samsung Galaxy S III.  This new smartphone really defines the word “smart” with its new functionality and features. 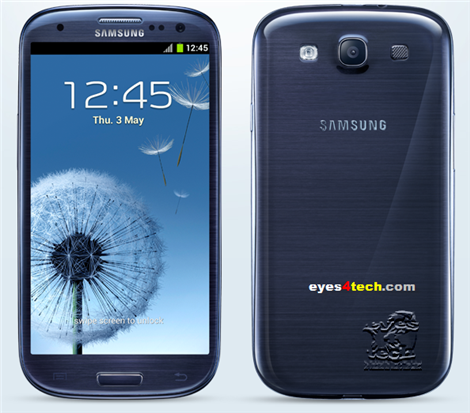 Samsung Galaxy S III, as I’ve said defines the word “smart” but that’s just me because I was really amazed with those highlights, specifications and features of this yet best Android smartphone for 2012.  It was JK Shin, President of Samsung Mobile Communications, whom unveiled officially the new Galaxy S III smartphone discussing some technical specifications – now this is really interesting. From the rumors now into reality.  Here are some of the mentioned specifications of the new Samsung Galaxy S III.  But for me JK Shin only mentioned the overview of the specifications.  I will try to dig into this more and lay it all out for you.  For now, this handset sports at 1.4 GHz Exynos 4 Quad-core processor with 1GB of RAM for your memory. It is as said, will have a 4.8-inches SUPER AMOLED touchscreen with a resolution of 1280×720 pixels. The whole handset will be using a 2100 mAH battery pack. While it also sports the same camera as with its predecessor Samsung Galaxy S II, an 8MP rear camera and also a front camera is also there for video chatting. The thickness of this smartphone is 8.6mm and weighs at about 133 grams.  I already mentioned the available colors for Samsung Galaxy S III – marble white and pebble blue.  Yes, it is a LTE ready but it depends on your country. 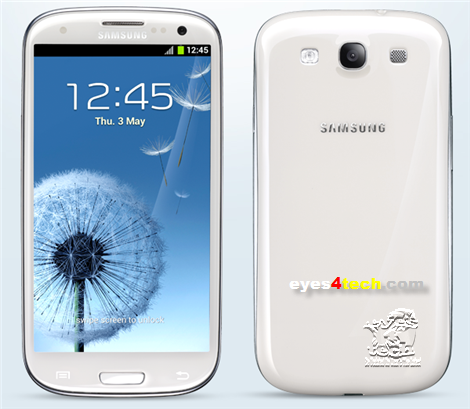 Here are some of the highlighted features of the new Samsung Galaxy S III that I am pretty sure you’re going to love and decide to buy.  First, this smartphone has a sensor that can continuously detect if you are looking or facing your smartphone prohibiting the screen from dimming so you can enjoy reading or viewing a message or watching a video from your phone. Another sensor that detects if you are about to place a call by just lifting your phone unto your ear. It also detects whenever you are away from your handset, and nudge you when you missed a call or a SMS message. It also have a social tagging that lets you know the current SNS status of your friend by just looking into your friends’ photos. And this is one of the best and official Siri-like for Android called S Voice where you can talk to your smartphone and do some small tasks for you like to wake up, call a friend, set a meeting, and even capture a picture.  There’s another feature called the S Beam which lets two Samsung Galaxy S III to transfer photos, music, videos, and many more by just placing them back-to-back. The AllShare Cast, if you are a gamer you can beam your game into a bigger screen (i.e. smartTV) and lets your smartphone act as the controller. The Buddy photo share feature acts like the Facebook facial recognition whenever you upload a photo. Samsung Galaxy S III immediately recognizes the face of your friends where you have the option to share it by emailing them those captured moments. AllShare Play lets you share your contents such as documents and multimedia files to everyone or where ever you wanted to access them.  Here’s another one called the Pop up play where multi tasking takes into action and lets you send a message while you watch a video – all at the same time. This smartphone also have the Best Photo feature which automatically takes a shutter-like 8 shots to make a continuous scene.

And if you are interested to witness the recent Samsung Mobile Unpacked 2012 presentation, you can watch their official video presentation below.

For more information about this new Samsung smartphone, you can go to the official website of Samsung Galaxy S III.

Previous Post The ‘Next’ Samsung Galaxy S To Be Revealed Today