I guess Microsoft can now sing Black Eyed Peas’ Boom Boom Pow song “I am so 3008 and you’re so 2000 and late…” with the unveiling of their new Windows 8 logo last week. Yes, it is true that Microsoft will be loading the next Windows 8 with a new and  “makes sense” branding logo. A logo that is so far from what we always see and is accustomed to use before.  What made me say that the logo does makes sense?  Well, what do you perceive or what is the first thing that comes into your mind when you see your Microsoft Windows (whatever version it is) when it boots up your computer? If you’d ask me, all I see is a waving four-colored flag and that’s the Windows operating system I have known since the first time I held my eyes on a computer.  OK, so what’s the new Microsoft Windows 8 logo and what made them decide to make a new one? 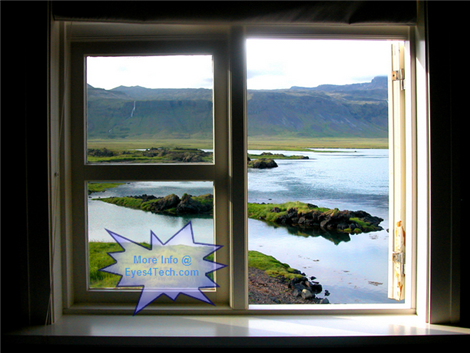 Ooopps! Sorry guys, that’s not the new Microsoft Windows 8 logo and neither my window. 🙂  Seriously? Microsoft wanted to explore more and more before they actually unveils the curtain of their next flagship operating system in the wild – the Windows 8.  Microsoft’s principles with their latest pride is Metro Style Design and they wanted their branding logo to reflect the same thing to all their end-subscribers.

Microsoft’s Sam Moreau (Principal Director of User Experience for Windows), from WindowsTeamBlog.com explained further the reason why they had to redesign their logo.  And to simply put it, Microsoft had a very short list of designers whom they asked to propose a new design for their latest operating system Windows 8.  Microsoft finally decided which group should help them and was actually happy that Pentagram joined them.  Still, it is all about Microsoft’s Metro style design principle from which everyone had to concentrate.  And guess what happened during their meeting? A blast from the past! Microsoft was brought back to their roots – the real meaning of their existence – Windows. When Paula Scher of Pentagram showed Microsoft her sketches and simply asked them – “your name is Windows. Why are you a flag?”.  It made Microsoft realized that their original concept of “windows” have evolved into a colorful wavering flag in time.  From the time Microsoft launched their Windows 1.0 it had only two colors and the logo it used does really looked like a “window” but as time passes and their operating system evolved the logo that they had banished and turned into a flag-like logo.  Here’s the evolution of Windows logos from Windows 1.0.

And here’s now the new logo for Microsoft Windows 8, simple (classic as Microsoft puts it) and yet modern with its color and orientation.

So what do you think of Microsoft Windows 8 logo? Do you think it will affect end-users with their decision to buy a new copy of Windows 8? According to the reports, details about Windows 8 will be revealed in the upcoming “Consumer Preview” event on the 29th of February. We’ll soon get more information once it commence.

A little trivia, Windows 8 is also known as Apollo.  And it is said that this new operating system’s code can be re-use for both tablets and desktop computers (probably on Windows phones as well).