It’s not only you who is patiently waiting for the latest Android operating system Jelly Bean update for the most popular smartphone from Samsung.  Samsung Galaxy S III consumers in the US are also one of those countries who are tuning in to Samsung’s final and official announcement as to when will the company release the Jelly Bean update. And here comes the good news but do not put your hopes too high because there’s also a bad news along with it.  The good news is that there will be indeed a Jelly Bean update for those Samsung Galaxy S III consumers in the US. But the bad news, you still need to wait a little more – how long? That’s the biggest question. 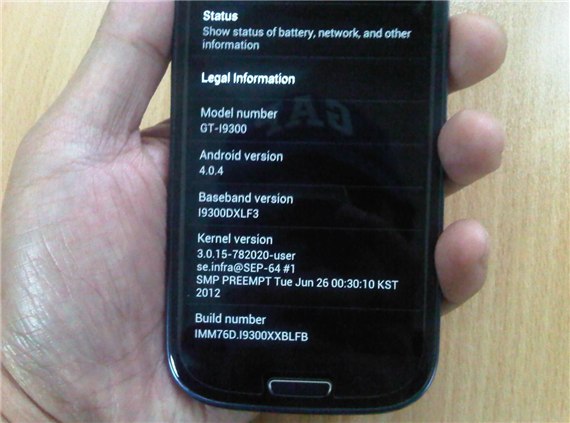 According to Samsung US, which was shared by Stuart Miles of Pocket-lint, we’re quoting the official statement:

“Samsung Mobile will begin the rollout of Android 4.1, Jelly Bean, to all Galaxy S III smartphones in the US in the coming months. Galaxy S III owners will receive the Jelly Bean update as well as a host of new and enhanced TouchWiz features, making it a faster and more responsive device experience.”

“The update will also bring new capabilities to the camera, video and user interface, as well as access to ESPN’s ScoreCenter app with custom AllShare integration.”

The “coming months” for us is too broad and vague to grasp. It’s like the “Coming Soon” straight from Samsung’s official Jelly Bean update list for US devices. Samsung put up a page on their FAQ website called “Cell Phones: Will my Samsung device receive an update to Android 4.1 Jelly Bean?” and as of writing this you will still notice that all of the Samsung Galaxy S III devices from the big 5 carriers in the US are still having that “Coming Soon!” announcement.  It was said that the Jelly Bean update will now have to depend on the outcome of the tests being done by the aforementioned carriers before it is released to their consumers. If I am to relate this into something, it’s like those houses inside a subdivisions having the same frame and foundations but it will depend on the owners on how they want to customize it for their own convenience. Samsung may have already provided the software to these carriers but the carriers still need to test it or even add more customization for their consumers. Still, in the end we will see and grab the new Android update for Samsung Galaxy S III.

So far from our research, the countries whose consumers are already enjoying the latest Samsung Galaxy S III Jelly Bean update were Poland (who came first), then Korea, followed by some more other parts of Europe. Let’s just hope for the best and wish that the Jelly Bean update finishes globally before the end of this year.