Last month, we received reports from Sony that they have released the Android 4.0 Ice Cream Sandwich BETA update for almost all Sony Xperia 2011 smartphones. And another great news (finally) was made last Friday 13th of April when Sony made it official and announced that they have started to roll-out the official software update of Android 4.0 also known as Ice Cream Sandwich for Sony Xperia 2011 smartphones. The software update will initially be available for Xperia arc S, Xperia neo V and Xperia ray. However the update will not be released globally all at the same time. The ICS update will be gradually rolled-out and it will start to all the consumers from Sweden, Denmark, Iceland, Finland and Norway. 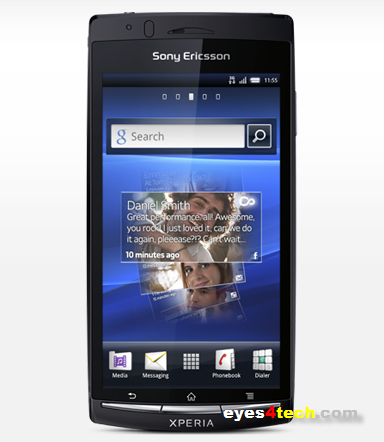 The ICS update as I’ve mentioned will be available by batches and you can refer to the table here for the currently released ICS software’s. For countries listed in the first batch (mentioned above), they should check and refer to the their corresponding Sales Item (SI) number. Basically the table will will simply tell if the ICS update is readily available for your Sony Xperia smartphone. The SI number is the eight-digit number at the back of your battery pack (format:XXXX-XXXX). If your country or region is not yet included the list or table, try to come back from time to time as this table is always being updated.

Soon after the planned 4-6 weeks Android 4.0 Ice Cream Sandwich roll-out, Sony plans to release also the same Android update for the following Sony Xperia smartphones.  The ICS update is scheduled to start sometime in then end of May or early in June.

Go ahead and get your own scoop of Ice Cream Sandwich for your own Sony Xperia smartphone and enjoy the latest features of Android 4.0