Last month, I initially posted that the Android 4.0.3 Ice Cream Sandwich update for Acer Iconia Tab A100 and Acer Iconia Tab A500 will be released this April. Then earlier this week, we’ve confirmed that some of the tech-consumers from Canada are getting that promised ICS update earlier than expected. Now, we have the latest report that the Android 4.0.3 Ice Cream Sandwich update have landed for Acer Iconia Tab A500. ACER said earlier that the official release of ICS for the two ACER Iconia tabs would be today, April 27, and they made it on time. Some says they already have it in the U.S. and Canada last night. 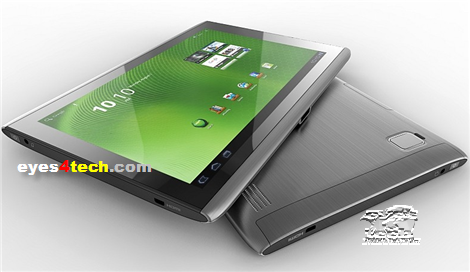 So, better check and trigger your Acer Iconia Tab A500 system’s update and you might get lucky to get the Android 4.0.3 Ice Cream Sandwich update. Apparently one thing is for sure that the announcement made by ACER was intended for consumers from the U.S. and Canada only. And the global roll-out will have to be gradually implemented. This means that if you don’t see any software update when you checked it, just be patient and soon you will get the official update.

An update about the Ice Cream Sandwich update for Acer Iconia Tab A100. Although no specific information nor Android applications were mentioned, it was reported that those who updated their tablets with ICS made some of the Android applications crashing while some were not actually working.  Personally, when I updated my Samsung Galaxy S III to Android 4.0.3 Ice Cream Sandwich, the default Internet browser of this handset freezes and crashes the app.  This opted me to use another Android browser – Mozilla Firefox. Maybe I will try the Google Chrome for Android.

Previous Post Marvel VS Capcom 2 For iPhone, iPod Touch And iPad On iTunes for $2.99 USD