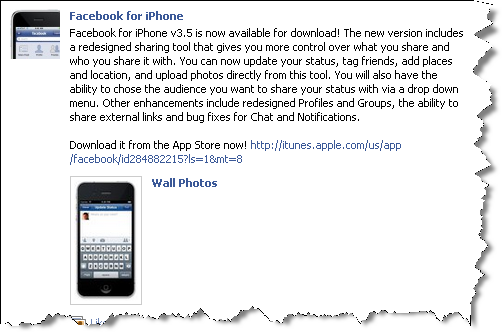 But, I am still curious because one of the issues raised by almost all end-users is the inability to post a status on Facebook wall with a remark “via iPhone”.  I am still not sure if this has been already fixed by the developers since I am not an iPhone user.

If you have tried it and it’s now working (the via iPhone thingy), you can also leave a message below.

To download the latest apps from iTunes, you can visit their official page here.

[warning]Oh yeah, before I forget this latest version will not work on iPhone with iOS 5 Beta 7.[/warning]