While I was checking my personal email this morning (after my long vacation), I bumped into this one email in my Inbox – a news from Speaktoit Team. They are simply informing me that this virtual assistant application which became popular and one of the best Android application in the Android Market (now known as Google Play) have now entered the world of iOS – for iPhone, iPod Touch, and iPad.  Well’ this news from the Speaktoit Team is not actually new because they’ve already announced and released the Speaktoit application on iOS last February 2012.  The part of the newsletter email sent to me which captured my attention is that the Speaktoit team is now developing the same Speaktoit Virtual Assistant application for Windows Phone and Bada users – now this one is new. 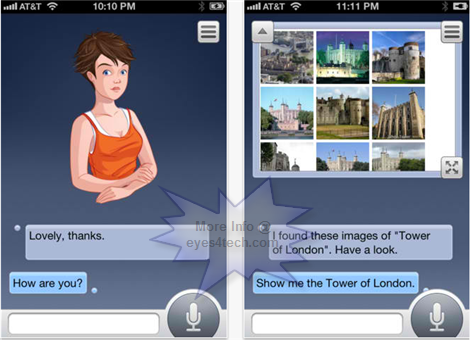 Here’s the official newsletter from the team which I received. 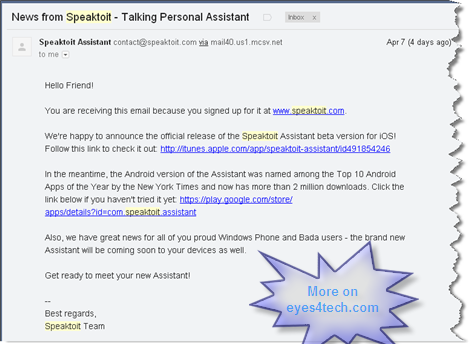 So for those who haven’t downloaded and tried Speaktoit Virtual Assistant for your device, here are the links.

I will update this post once I get the news and download links from the Speaktoit Team.