Whoa! Angry Frogs in the wild, out to destroy all evil snakes. I spotted this new game for iPhone and iPad which was released in Apple App Store last week but the game is not necessarily “new” since this game was first released in the Android market last December 2010. Well if you’ve been playing Angry Birds for quite some time, you’d notice that Angry Frogs did not only have the same look, genre but also the name seemed to have originated from Rovio Mobile’s popular game. We haven’t heard anything yet from Rovio if they’re going to file any lawsuits against EMANUELE PADULA’s Angry Frogs. Maybe Rovio thinks that it’s not really a big threat for them since if we look into Angry Bird’s popularity ratings and it’s installs, it’s way too high for this new breed to beat. 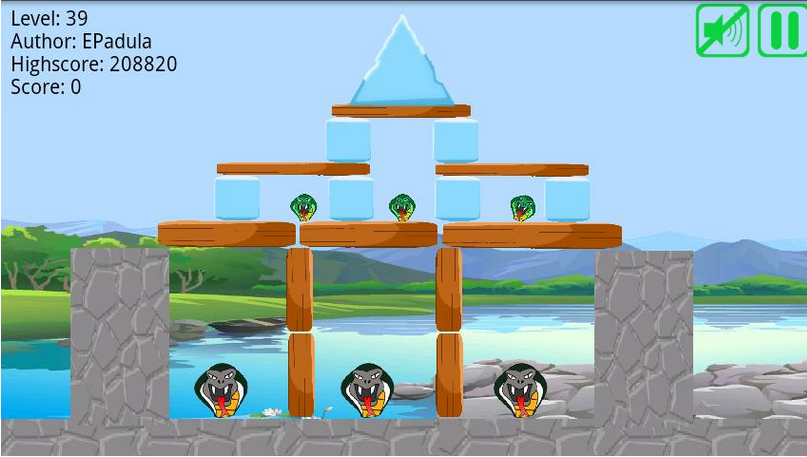 Anyway, here are some of the features of this new game. Besides of having more than 3,000 built-in levels, the frogs have thirteen “frog powers” wherein 7 unique and the rest are combined powers. Since this is free, you can easily update the game to get the latest built and new levels (according to the developer they have new levels created everyday).

So if you’re kinda tired of seeing the birds you slingshot to beat the pigs, you can try this new game. Well, you don’t have to lose anything since the game is free for everyone to play.

For Android
For iPhone/iPad