If you are planning on buying Google Nexus 7 because you want a nifty tablet, definitely it’s not a bad choice. This is most especially if you can’t afford buying yourself an iPad. Imagine a tablet that offers a beautiful screen and refined interface at a price of around $200 – not bad. However, even with the cool features of Google Nexus 7 I am still uncertain if this new tablet can really be an iPad killer. And Google Nexus 7 even comes up short when compared with Amazon Kindle Fire. All the new features of Google Nexus 7 are great if I may say so but when it comes to the contents from which a tech consumer should be getting and enjoying – this is where this tablet falls a little bit behind the bandwagon. 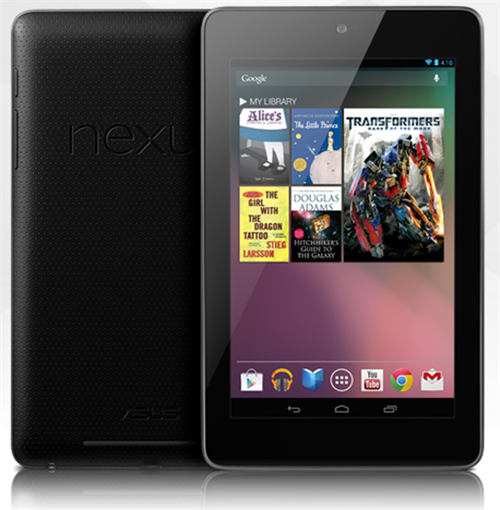 Before we go deeper let us review first the difference between Google Nexus 7, the Apple’s new iPad, and the Amazon’s Kindle Fire.

Google Nexus 7 and Amazon Kindle Fire sports the same screen size which is a 7-inches display where you can see the movies, books you want to read and music you want to hear. The Google Nexus 7 uses the same principles as with the Kindle Fire and even with the new iPad (and even the prior iPad generations) where users can easily find what they need because of the seamless media and app links in the screen. These links are all tied up to each media and app store – a seamless experience.

How about the processors and camera? This is where Google Nexus 7 comes in front against the Kindle Fire. The Google Nexus 7 sports a front-facing camera which can be used primarily for video calls or video chat with your friends, relatives or even on your business meetings. Also, a quad-core mobile processor makes the Google Nexus 7 powerful and can handle multi-tasking activities and an extra processor that will handle those non-intensive tasks.

And if you have been following the Android operating systems for quite sometime then you should know by now that Google Nexus 7 sports the latest and new Android 4.1 or the so-called Jelly Bean version. This is what Google calls the Project Butter that I have been saying for the last few posts of mine. So far this is the fastest and smoothest among all its predecessor. Good job!

In terms of display resolution, which is one of features where almost all tech consumers are looking for when looking for a tablet or let’s say buying Google Nexus 7, you can be sure that you won’t be disappointed. But it’s still far from what Apple used to dubbed with their new iPad having a Retina display. However it is better when compared with Kindle Fire. With a bright, hig-resolution and considerably smaller size makes it a great gadget when you are into reading electronic books (e-books).

Do remember Siri virtual assistant popularized by Apple iPhone 4S? I think you should know that with Android 4.1 Jelly Bean operating system you’d be meeting with Google Now.  You can now easily find answers from most of your questions with Google Now and it is more responsive than the previous applications of Google.

Another thing that you’ll love with Google Nexus is its casing. The back is cover with rubberized casing to give you an easy grip and hold. Also the battery can last 10 hours of web browsing or e-reading and up to 300 hours of stand-by time.

So if everything seems perfect and cool then why is it still not an iPad killer?  Why can’t we consider Google Nexus 7 the ultimate tablet that can dethrone the new iPad from the bandwagon?  According to Troy Wolverton’s review of Google Nexus 7, the thing that Google Nexus 7 lacks is what most of the tech consumer wants – content.  Most people wanted to go on buying Google Nexus 7 not only because it is much cheaper than the iPad but they are also expecting much more from it.  However, when compared to Apple’s iPad I should say that Android app developers should still need to work more. It is because not all of the cool and top applications that are available for iPad are also available for Google Nexus 7.  Some of the cool things and apps missing on Google Nexus 7 which seems to exist on iPad are the Top 20 paid games where only 6 of them is available to the aforementioned tablet. Also he mentioned about the TV and movie shows where Google Nexus 7 comes really short – 6 out of 10 sci-fi movies and 5 out 15 TV shows.

From the very beginning, I look at tablets such as iPad, Android tablets, and Kindle Fire as another gadgets or device that can provide more entertainment to tech users like me. But with the given information and available applications for Google Nexus 7, for now, I think you should stick with Amazon Kindle Fire or better yet invest on Apple’s iPad. This is just me, I know you have your own preference. Just go for it. 🙂 Here’s the official presentation of Google Nexus 7 from Google I/O 2012.